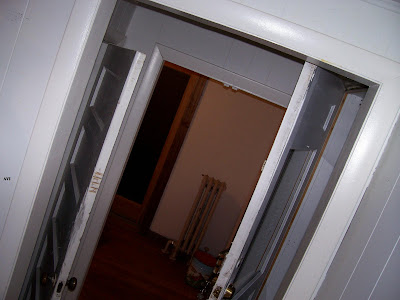 Under a new moon and amidst a biting winter cold,
Doors seem to be perplexing my mind and my soul.

Many doors won’t close and yet others refuse to open,
Some hold warmth and others seem only to box hope in.

Are faulty doors a warning to stay warm and safe inside,
Or a draw to face unknowns through the cold from which I hide?

Are higher powers speaking through passageway happenstances,
Or is this merely a result of physics and poorly stacked tolerances?

Is this the future calling which I would prefer to hold at bay,
Or is this my past that simply and forever refuses to go away?

Is Karma offering clues from beyond the great unknown?
Maybe I’ll figure it out before becoming too agedly grown.

Despite doubts I leap with faith over thresholds unseen,
Lest always I wonder what is and what would never have been.


See also:   For Ice and Snow, Travel 'Heavy-Jumbo' !!
http://poetrybyadamvernontrotter.blogspot.com/2011/02/for-ice-and-snow-travel-heavy-jumbo.html
Posted by Adam Trotter at 11:24 AM No comments:

Not Finding or Not Looking?

Labels: Not Finding or Not Looking

In the seventies I asked a clergyman how one repents
Through the end of the nineties I cared not what it meant.

In recent years I gave the concept another look
Lo and behold appeared the channel of Facebook.

Now when topics boil and wrongs come to mind
Quelling not the anger we then vent and post in kind.

By our words forward forever our wits spew
Thanks be to Facebook for a potent method and venue.

In periods of doubt to find where goes what went
Such times seem to call for unscientific experiments.

With ill-planned thoughts and deft communiqués
Facebook shows realities of sentiments and their ways.

Be it for verse or be it a curse, never knowing which is worse.
With minimal terse, Facebook seems to immerse a mighty fat purse.

Be it for sinners or be it for winners, unaware which is thinner.
A modern-day staple, Facebook enables the mainstream dinner table.

Electronic Devices As a Source of Frustration?

Often it seems that our modern electronic gadgets and devices are more a source of potential frustration than they could ever be of usefulness.

Labels: Electronic Devices As a Source of Frustration

You Can Never Go Back. It’s Impossible.

You can never go back to where you were before. Because, that place has since moved and it is no longer when, where, or what it was previously.

Labels: You Can Never Go Back It’s Impossible.

A war of currency. What an odd image such a thought conjures.

Like… instead of bullets, bombs, rockets, and missiles, warriors would throw dollars, pounds, euros, and yen.

http://theultimateroadtripamericac2c.blogspot.com/2010/09/whale-watch-rancho-palos-verdes.html
Posted by Adam Trotter at 2:55 AM No comments:

Nanotechnology To Get Very Large!

Nanotechnology promises to grow largely and get quite big!

AVT
Posted by Adam Trotter at 11:27 PM No comments:

The Universe and Geometric Chattel

Be The Big Bang a boulevard to The Big Crunch,
Might I suggest…
We ride Wormholes and have Dark Matter for brunch.

If this road turns outward and coldly less dense….
We’d likely best aspire to play as Einstein’s friends.
But if the route veers inward and shows no saddle…
Maybe we’re better off to remain as Euclid’s chattel.

For if all is, in fact, four dimensional or hyperbolic…
Then relativity may be worthy time-consuming frolic.
But if shown the universe be more dense and spherical…
Then I, for one, would likely prefer to remain satirical.

While this poem can’t account for unknown singularities,
Its intent is more one of indefinite thought and hilarity.

Helping Another Helps Us All :: TornadoTamer.org Slogan

Helping Another Helps Us All.


(Slogan from www.TornadoTamer.org)
Posted by Adam Trotter at 2:40 AM No comments:

Labels: Helping Another Helps Us All, TornadoTamer

While necessity may well, in fact, make inventors of some;
Desperation, on the other hand, seems able to make a fool of anyone.

Support Freedom of Speech, Freedom of Expression, and Freedom of Belief, Regardless of Whom Such Practices Offend!!!

I support Freedom of Speech, Freedom of Expression, and Freedom of Belief, Regardless of Whom Such Practices Offend!!!

The Back Road from Rancho Mirage. 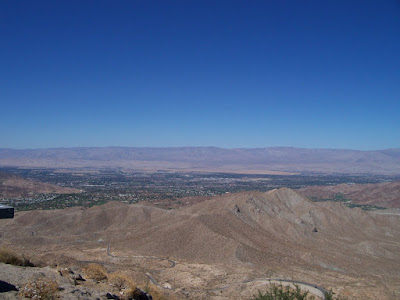 But…, a hundred and twenty degree “F” is pretty darn hot.
And this place seems unforgiving for your head to pop.

So if you climb this road in the dead heat of summer,
Best ensure your cooling systems nots’to be a bummer.

Labels: The Back Road from Rancho Mirage

Sometimes, it seems that ultimately all I ever really know is not to steadfastly believe that I know any absolute truth about anything. I mean…, no matter how much I think I may be right about something, ultimately, given the totality of things, maybe I could be wrong.
AVT

(*Reposted here from one of my other blogs)
Posted by Adam Trotter at 11:02 PM No comments:

Even the Improbable is Possible 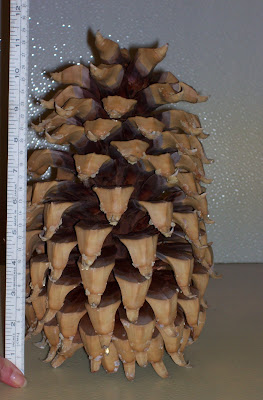 Even the most unattractive and undesired pine tree can produce the most fantastic and revered pine cones.

Posted by Adam Trotter at 6:08 PM No comments:

Words for the Chronically Cluttered and Children in Our Lives…

Put it away,
Or throw it away,
Heck, even sell it on Ebay,
Just please keep your junk out of the way.

As I sped down the expressway, along came complete surprise.
‘Cause gazing up at the big truck I clearly saw His omnipotent eyes.
His eyes met mine, He gave a nod, a wave, and threw a big smile.
As I zoomed away into the dark night at eighty-five hours a mile.

Initially, I could barely believe what had just transpired.
Though surely I recall never having felt so inspired.
Why so clear that our eyes met squarely through the dark.
For many a day after my brake stayed emergently on park.

His truck was most impressive, shiny, humble, righteously sleek.
Clearly one could tell, He enjoyed traveling alongside the meek.
Despite sensible doubt, from the onset I knew this was Him.
And for the decade to follow I would set out to make amend.

How it was that He visited me during my frolic with the night.
That I also viewed Him surely mandated the requisite of Right.
Why He came to me and chose to converse, I can’t really say.
All I really know is that it was in the most awesome of ways!

So it is with this preface that I tell of this encounter to you.
Be proper, kind, and just, and to you this may also come true.
If you are seeking…, the ‘Captain’ might drive up and appear.
Forsake nothing, look to find, and remember to shift the gear.

A Perplexing Dichotomy for the Modern Age: Money as Worth?

A perplexing dichotomy that often presents itself is the issue of the intrinsic and personal value of money in the modern era. On one hand, money is worth all including worth itself. It seems money can buy nearly anything one desires. However, on the other hand, money isn't worth anything - as it typically has no true or real value. And, generally, what can be bought with money has no real value in the grander scheme of life either - as what is usually most desired can not be purchased. So, I wonder which of the opposing hands is the Right one?

Stairway of Life, A Sestina

The first step on the Stairway of life is Knowledge
The next step on this Stairway of being is Truth
Building upon and requiring the first two steps is Justice
After realizing the third, the fourth step is Enlightenment
Though not reached by most is the level of Revelations
And finally, the highest step is displayed by Rapture

Rebirth is made possible by conscious Rapture
Life in all its glory reflects collected Knowledge
Wisdom is fortified by mindful Revelations
Introspect, however, is founded upon Truth
Kindness reveals an amount of Enlightenment
Strength derives true power by a quest for Justice

Openness of heart comes to us from Truth
Generosity, however, comes through Enlightenment
Rejuvenation of essence is presented by Rapture
Goals for living are made available through Revelations
Dignity of courage is typically derived from Justice
Empathy for others results from Knowledge


So as it has been shown, Rapture can not manifest without Truth
As should be known, Knowledge can lead oneself to Enlightenment
And, if one truly seeks Revelations they must quest for Justice

Enlightenment, A Sonnet of Sorts

Labels: A Sonnet of Sorts, Enlightenment


Is a happy life a team effort as opposed to a competition to a desired end? Surely it makes sense that a happy life is dependent on our family, friends, and peers. However, much of our modern life seems to erroneously teach us that, in general, peers are often competitors to any desired end. Could such a misguided outlook be a reason that unhappiness appears so abundant to many these days? Just asking.....

When one seeks That which may complete themself, they should not forget to look in the most unlikely of places to find It. It might just be there.
AVT


PS. Related blog: On the quest to control any given situation, http://adamvernontrotter.blogspot.com/2009/07/of-quest-to-control-any-given-situation.html
Posted by Adam Trotter at 1:32 PM No comments:

Labels: Finding what one seeks, It, Looking for It, Quest for It, Seeking It

Palos Verdes under a Worm moon and Mars
Or The Ortega Highway with only Venus and stars.

Either route can make for an enjoyable ride
But be willing to let the heavens act as your guide.


AVT
Posted by Adam Trotter at 1:30 PM No comments:


To begin the new decade and the New Year and to say goodbye to the last, the metaphysical powers-that-be have given us a blue moon to mark the event. If you happen to be anywhere near the region where the Mohave Desert meets and mingles with the Colorado Desert in the southwestern United States, beware of the tribes of dancing Joshua trees and the huge clusters of partying rocks. It has been said that in this mystical and magical region of the earth that the Joshua trees and the rocks seem to animate themselves and come-to-life under a full moon. After all, the early settlers passing through this region didn’t name these trees after a person for no reason, let alone that person being their prophet. So, given it is a no less a blue moon for the passing of the decade, one would think that if the rocks and Joshua trees were to ever come to life, such would happen on this cusp of calendar years that we will call New Years Eve 2010. I hope to be given the chance to blog more on this subject in the decade to follow. And, I hope that we are all here in good health to enjoy life and my blog in the new decade as well. :)

This blog entry is also posted with photos at:

Posted by Adam Trotter at 1:28 PM No comments:

Ode to the Merritt Parkway

Under a full moon and patchy fog,
Connecticut’s Merritt Parkway inspired me to blog,
Of my experiences enroute to the Neck of the Throgs.

Be wary of the standing deer within inches of the road,
And hope the weather is not freezing nor has it recently snowed,
Because down into a ditch this parkway will quickly throw.

Above all else this road will save you time,
Though the on-coming high beams may make you blind,
Avoiding interstate ninety-five allows continuing your rhymes.


AVT
Posted by Adam Trotter at 1:22 PM No comments: